Plettenberg Bay is one of the highlighted stops on the famous Garden Route. Nicknamed “Plett” by locals, it is one of the primary towns in the Western Cape Provence in South Africa. Plett is a stunning modern town that combines the tranquility of nature with buzzing nightlife, lazy days on the beach and adrenaline packed adventures. It comes as no surprise that the town was christened “The jewel of the Garden Route”. 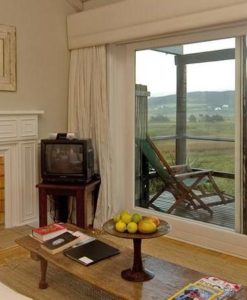 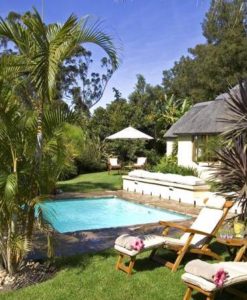 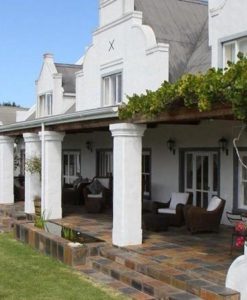 The town is characterized by its unspoiled golden beaches, stretching as far as the eye can see, dense indigenous forests and crystal clear rivers and lagoons, but is probably more popular as one of the ultimate whale watching hotspots in the southern hemisphere. Plett is the place to be for locals and foreigners alike with adrenaline-fueled activities and adventures aside – the area is meant to be explored!

At night, you can pick and choose between excellent restaurants, bars, lounges, and clubs. However, during the summer months, the best parties happen at the beach. You will notice that South Africans are outdoorsy people.

Plettenberg Bay is a South African town rich with history dating as far back as the Stone Age. Archaeologists found proof in the Nelson Bay and Maties River Caves that Middle Stone Age men inhabited these caves for over 100 000 years! The caves are still being excavated, but are open to the public.

More recently though, the bay was discovered by a Portuguese explorer Manuel da Perestrello, who named it “Bahia Formosa” or rather, Bay Beautiful. However, it wasn’t until 1778 when the Bay got its name. Named after Governor Joachim van Plettenberg, who incorporated the bay under the Dutch East India Trading Company, the bay was primarily used only as a shipping port. The first settlers were farmers and frontiersmen, and the East Indian influence can still be seen in the architecture today

The area has a mild Mediterranean climate throughout the year. The temperature does not fluctuate much, but winter months can be chilly due to the seasonal winter rains. Winter is the best time to visit the area if you wish to enjoy a peaceful retreat, while the summer months are synonymous with beach parties and bustling activities, It is a party town favored by students on their summer break. The temperatures from January to July range between 17 to 23 degrees, while you can expect average temperatures of between 7 and 10 degrees between July and December.

Plettenberg Bay is nestled between the great Tsitsikamma forest and the fabled Outeniqua Mountains, with the Storms and Bitou River running through it all. The area is a nature lover’s own slice of heaven. Bird and marine life are in abundance. The delicate ecosystem further consists of wetlands and lagoons.

Between Keurboomstrand and Robberg Peninsula, you will find a 15 kilometer stretch of unspoiled beach. This location offers the best shore-based whale watching spot during the breeding season, and dolphins can be seen frequently in the surf. Plett is also home to a large seal colony and a large seagull breeding facility.

The area is just perfect for lazy days on the beach. The cold Benguela stream is not the best for swimming in, but the waves are perfect for surfers. Find a comfy spot higher on the dunes, and spend the afternoon watching dolphins frolic in the break.

Unique to this part of the world is a seashell called the Pansy. It is delicately shaped like a flower and is also the symbol of the town. Looking for these seashells on the beach is a popular activity.

The popular beaches include;

Diving: The Bay is abundant with over 100 known species of fish along the coast and in the coral reefs you can spot zebra and double sash butterflyfish. Some of the best coral reefs in the world are found here. Dive sites include Grootband, Jacobs Reef and the Athena wreck, as well as open water diving for advanced scuba divers.

Boat Cruises: Ocean safari trips will take you on a two-hour unforgettable cruise, letting you get up close with the dolphins, whales, and seals. Boat trips to the surrounding islands can also be arranged.

Fishing: The entire area is an angler’s paradise. You can expect to catch Roman, Tuna, and Hake so you never have to tell the story about “the one that got away” ever again.

Golf: The area offers golf courses for the discerning player.

Polo: Polo is not a popular sport in South Africa, but Plett is considered as the polo capital. Tournaments are played on Easter and December holidays, with practice sessions available throughout the year.

Forest Wagon Trails: The Knysna forest was once home to a large number of elephants, endearingly called “Big Feet” by the people of the area. Take a ride down memory lane of a bygone era on a horse-drawn carriage through the forest.

Plettenberg has received two awards in the annual Trip Advisor Traveller’s Choice awards. It was voted as the third best Beach and Sun destination in Africa and ranked top ten in the Outdoor and Adventure category.