Established as a national park in 1972, South Luangwa is an undiscovered jewel of dry woodland, floodplains and oxbow lakes, populated with well over 400 species of wildlife. The park is located in eastern Zambia on the tail end of the Great Rift Valley and contains two endemic quadruped species, Crawshay’s zebra and Thornicraft’s giraffe. Luangwa’s mineral-rich volcanic soil gives rise to lush vegetation; here you will find mopane trees, several types of mahogany, and dense thickets of ebony. As guests move through the park, the landscape unveils various vegetation zones, from grass plains to riverine areas, woodlands and salt springs. This diversity also results in distinct wildlife species, and the park is particularly a bird lover’s utopia. 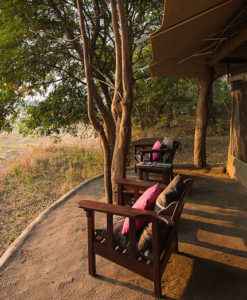 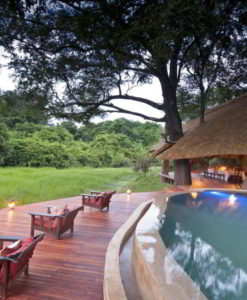 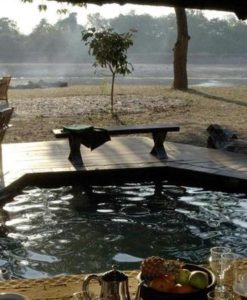 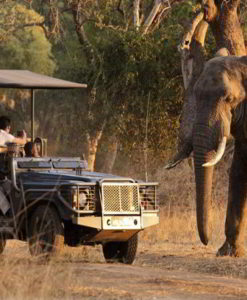 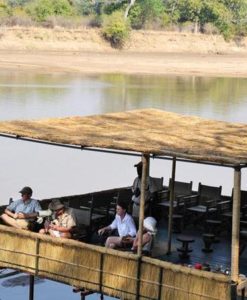 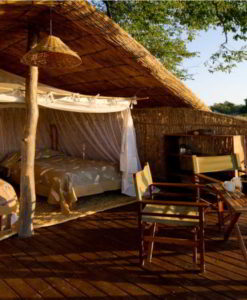 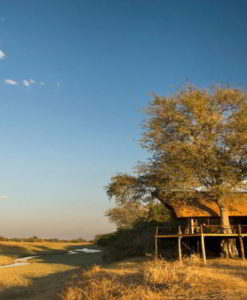 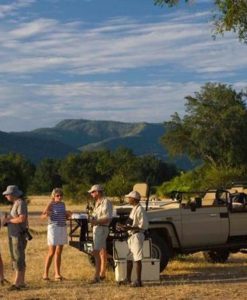 South Luangwa is known for its great profusion of leopards, endemic puku, impala, and waterbuck, as well as large concentrations of bushbuck, hippo, crocodiles, elephants, buffalo, and lion.

The park remains something of a secluded treasure, perhaps due to its relative remoteness, making it an essential destination before its excellent reputation as one of the world’s best wildlife sanctuaries unlocks Kruger-level floodgates of visitors. One of the park’s highlights is its night safari, and it was in this unusual location that the walking safari originated.

Despite being predominantly unspoiled, human populations inevitably begin to encroach on the wildlife, so conservation and mitigation efforts are in operation. Three initiatives assist with managing the proximity of human life and wildlife in the area, the Luangwa Conservation and Community Fund (LCCF), the South Luangwa Conservation Society (SLCS) and North Luangwa Conservation Project (NLCP). Programmes undertaken by these groups include anti-poaching initiatives, wildlife research, rehabilitating injured animals, minimizing conflict between wildlife and local people and running conservation and education programmes in the local communities. The Mfuwe-based SLCS, in particular, is involved in human-elephant conflict mitigation; they persuade farmers to plant chili (unpalatable to the elephants) on the farm borders to discourage elephants from consuming crops.

Going by air is the most convenient way to reach the park, and there are daily flights from Lusaka all year round. Traveling to Luangwa by car is only recommended for drivers with very sturdy 4x4s, and who know the area well, as the roads are rocky, time-consuming and can be dangerous. The northern road running through the Munyamadzi Corridor is only passable between August and October. Drivers who want to access the park from Lusaka can take the Great East Road at Petauke, but this should be attempted during the dry season only.

The peak season in Luangwa is from May to October, while much of the park is inaccessible from November to April. Many lodges close during this period, except for those located in the central area of the park. Be advised that Malaria does occur in this part of the world, so be sure to take precautions.